Libya is seeking to buy more than two billion dollars worth of Russian arms including 20 fighter planes, the Interfax news agency reported on Tuesday, citing a military-diplomatic source.

The report came as Libya�s defence minister was due to visit Russia in the latest sign of renewed cooperation between Moscow and the North African state, which enjoyed close ties during the Cold War.

�Libya is ready to buy around 20 fighter planes, at least two divisions of S-300PMU2 air defence systems and several dozen T-90S tanks from Russia, and also to modernise more than 140 T-70 tanks and other weapons,� the source said.

Earlier a senior Russian official had confirmed that Moscow was counting on signing arms deals with Libya during Tuesday�s visit by the country�s defence minister, General Abu-Bakr Yunis Jaber.

�We expect his visit will not just be of a political nature, but will also allow the signing of contracts on the delivery of arms and military hardware,� Vyacheslav Dzirkaln, deputy head of the Federal Service for Military-Technical Cooperation, told the RIA-Novosti state news agency last week.

Dzirkaln, whose service oversees arms exports, said Libya was interested in Russian fighter jets and air defence systems but did not elaborate.

Neither the service nor Russia�s state-run arms exporter Rosoboronexport could be reached for comment on Tuesday.

Libya, a longtime pariah state that has moved to rejoin the international community in recent years, has reportedly been in talks with Moscow about revamping its military.

Much of the North African state�s arsenal was purchased from the Soviet Union in the last years of the Cold War.

Moscow and Tripoli have stepped up their contacts in recent years. In 2008 Libyan leader Moamer Kadhafi visited the Russian capital in his first visit to Moscow since the 1980s.

Ezekiel 39:1-9; 18-23
And the word of the LORD came unto me, saying, Son of man, set thy face against Gog, the land of Magog, the chief prince of Meshech and Tubal, and prophesy against him, And say, Thus saith the Lord GOD; Behold, I am against thee, O Gog, the chief prince of Meshech and Tubal: And I will turn thee back, and put hooks into thy jaws, and I will bring thee forth, and all thine army, horses and horsemen, all of them clothed with all sorts of armour, even a great company with bucklers and shields, all of them handling swords: Persia, Ethiopia, and Libya with them; all of them with shield and helmet: Gomer, and all his bands; the house of Togarmah of the north quarters, and all his bands: and many people with thee. Be thou prepared, and prepare for thyself, thou, and all thy company that are assembled unto thee, and be thou a guard unto them. After many days thou shalt be visited: in the latter years thou shalt come into the land that is brought back from the sword, and is gathered out of many people, against the mountains of Israel, which have been always waste: but it is brought forth out of the nations, and they shall dwell safely all of them. Thou shalt ascend and come like a storm, thou shalt be like a cloud to cover the land, thou, and all thy bands, and many people with thee.

And it shall come to pass at the same time when Gog shall come against the land of Israel, saith the Lord GOD, that my fury shall come up in my face. For in my jealousy and in the fire of my wrath have I spoken, Surely in that day there shall be a great shaking in the land of Israel; So that the fishes of the sea, and the fowls of the heaven, and the beasts of the field, and all creeping things that creep upon the earth, and all the men that are upon the face of the earth, shall shake at my presence, and the mountains shall be thrown down, and the steep places shall fall, and every wall shall fall to the ground. And I will call for a sword against him throughout all my mountains, saith the Lord GOD: every man's sword shall be against his brother. And I will plead against him with pestilence and with blood; and I will rain upon him, and upon his bands, and upon the many people that are with him, an overflowing rain, and great hailstones, fire, and brimstone. Thus will I magnify myself, and sanctify myself; and I will be known in the eyes of many nations, and they shall know that I am the LORD. 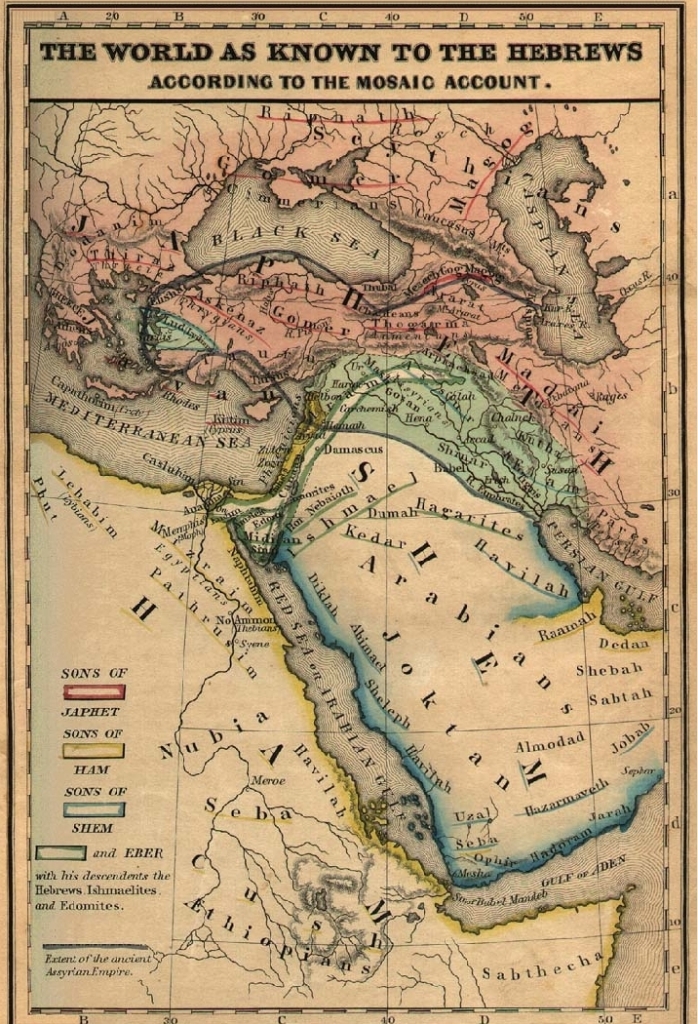