AFA has been working to preserve the influence of Christian morality in America for more than 30 years. Much of that effort has been aimed at stemming the tide of indecency on television and in movies.

In this two-part series, author Michael Boyer, a 20-year veteran of the movie industry, names 10 men in recent history who he believes have led the way in destroying the Christian moral consensus in America's entertainment culture. His research is documented in his recent book, The Hollywood Culture War.

The following article offers profiles of four of these men, considered in chronological order. The other six will be featured in the April issue of the AFA Journal. 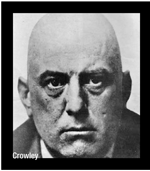 The first man to have a major detrimental impact on American society was, surprisingly enough, a British man. Crowley coined the phrase �New Age,� and is often called the father of the movement.

Crowley was a disturbed child from an early age. �Something that was always deep, deep inside him from the very earliest days was his disdain and hatred for Christianity,� said Boyer. Crowley showed this by obsessive identification with God�s enemies as his mother read the Bible to him as a child.

�In order to perpetrate a sort of atheism,� said Boyer, �he really wanted to become a new Jesus, the god that other people would worship.�

This developed him into a deeply perverted young man who regularly visited prostitutes and engaged in homosexual activities. At the same time, Crowley became a voracious reader of mysticism, the occult and alchemy.

What put Crowley into the international spotlight was a strange experience in Cairo, Egypt, in 1904. Crowley had married a woman named Rose to promote himself as a family man. When Rose began acting strangely in Cairo, Crowley believed she was possessed.

At her direction, Crowley summoned an ancient Egyptian god. Through what Crowley called a demonic voice in Rose, the being identified itself as Aiwass, the high priest of Horus, the god of law. Crowley claimed Aiwass told him that he was to usher in a New Aeon (New Age) and he would be the scribe for it.

�For the next five days,� said Boyer, �Rose talked non-stop, no sleep, no food, and he wrote all this down. Crowley believed this was his calling, and that was the beginning of the New Age. All New Age movements can be traced back to that night in Cairo in 1904.�

Crowley then assembled all the writings from those days and assembled them into a book called The Book of the Law. Boyer said Crowley wanted this to be the Bible of his new religion. �The core guiding slogan of Crowley�s book is �Do what thou will shall be the whole of the law.�� Boyer said what that means in contemporary language is �anything goes.� 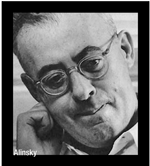 Alinsky had two major works published. Boyer said Alinsky picked up on the old Crowley mantra. The first, Reveille for Radicals, was published in 1946. One of the key phrases in that book was, �When it comes to a fight, anything goes.� However, whereas Crowley was looking for personal fame, Alinsky operated under the radar.

Alinsky�s second book, Rules for Radicals, published in 1971, lays the groundwork for how to gain power through undemocratic means, like stuffing ballot boxes, shaking down corporations for money through guilt, or protesting in front of banks because they don�t give out enough mortgages to the poor.

Boyer said Alinsky also coined the phrase �social justice,� a sort of Robin Hood idea of stealing from the rich to help the poor. �Alinsky wasn�t as noble as Robin Hood,� Boyer said. �He wasn�t giving to the poor. He was giving to himself.�

Alinsky helped bring about Lyndon Johnson�s War on Poverty, and over $300 billion of taxpayer money was spent. �A lot of that money didn�t go to the poor,� said Boyer. �A lot of it was funneled into Alinsky�s � quote � �social organizations� back in Chicago.�

Later as the hippie movement took hold and hair grew longer, Alinsky was appalled. He wrote Rules for Radicals as a means to show the younger generation how to effectively make change. The first rule was to get a haircut.

�Alinsky said you need to blend in in order to infiltrate the society,� said Boyer. �One of the key places he wanted to infiltrate was the church. He said radicals needed to penetrate the churches, pretend to be Christians, but then start spreading the idea that the church isn�t doing enough for these particular social groups.� It was through this that the Christian left was born. 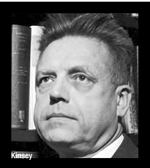 Boyer said the story goes that Kinsey was asked to develop a course on human sexuality in the 1940s. �That�s not really true,� said Boyer. �What actually happened is that he approached the administration to do a special night course on marriage. He eventually twisted [sex in marriage] and tweaked it, turned it until it became what you know today.�

In 1947, he successfully lobbied the administration to create, and was put in charge of, a new institute called The Research of Sex, Gender and Reproduction. It was in 1948 that he wrote his book on the human male. Boyer said the book caused quite a stir because it was the first book �written about sexuality in a scientific way.�

However, Boyer said Kinsey was an extremely perverse individual masquerading as a scientist. It was because of his status as a professor and scientist at a well-respected school that his distorted views on sexuality were heard; yet many in the scientific community at the time called out his flawed research.

After World War II, there was a great movement in the nation to embrace new ideas because the war had so shaken the country. �The journalists, the media, were looking for these kinds of revolutionaries, so they were willing to give them credit and publicity which they never deserved,� said Boyer.

Boyer said it was through Kinsey�s perverted research, which involved filming of sexual activity between students, staff, and even his own wife, that the gay rights movement was born, as well as feminism, and sex education moved from the home to schools.

As a devout follower of Aleister Crowley, Kinsey brought the hyper-sexualization of American culture through his idea that everyone is either a homosexual or at least a bisexual. The idea of Kinsey�s �New Sexuality� led many self-indulgent and self-obsessed people to feel legitimized in their perversion. 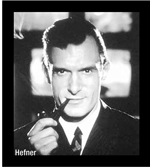 Hugh Hefner is the well-known purveyor of pornography and founder of Playboy magazine. In 1949, he wrote a term paper at Midwestern University about sex laws in the United States based on Kinsey�s pseudo-science. �Hefner wanted to give credence, popular credence,� said Boyer, �to what Kinsey had been doing in the world of academics. He considered Alfred Kinsey a hero.�

When Kinsey appeared in Time magazine in 1953, Hefner was putting together the first issue of his new �gentleman�s magazine.� Kinsey was talking about his ideas of a �New Sexuality� which made Hefner decide to create a �New Morality.�

�Hefner wanted to separate pornography into two kinds: acceptable and unacceptable,� Boyer said. �That�s where you hear the old story about girls who try to explain to their parents why they posed nude. �Well, it was very artistically done.��

By the time he was in his 30s, Hefner wasn�t satisfied with nude women on paper. He became determined to change the motion picture industry, making it more open and free to sexual content and nudity. It would be some years later when Hefner would meet the man who would help him do just that.

In the next article in this series, three friends define the 1960s, and Hugh Hefner�s friend turns the movie industry into a smut factory. 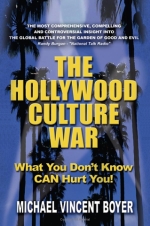 The Hollywood Culture War is available at Amazon.com.